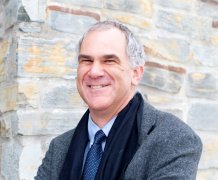 A University of Exeter ecologist has won a prestigious prize for his outstanding achievements.

The ECI Prize jury praised him for his “major contributions”, being “astonishingly productive” and said he had brought together many researchers from a variety of fields.

The prize is given each year to an ecologist “distinguished by outstanding and sustained scientific achievements”.

Professor Gaston said: “The ECI prize has previously been awarded to some of the most significant ecologists of recent times, and it is an immense honour and privilege to join such company.”

The quotation of the ECI jury said: “Kevin Gaston is widely accepted as one of the world’s leading terrestrial ecologists.

“He has been astonishingly productive in writing a series of eight books and over 500 papers.

“He has made major contributions in a number of fields, but especially in macroecology, where he has set much of the research agenda and played a leading role in answering many of the key questions.

The jury said they were “delighted” Professor Gaston had accepted the prize.

The prize both honours the recipient and requires him or her to serve science and society by authoring a book taking into account the ECI's aims.

The book is published in the series Excellence in Ecology and made available worldwide on a non-profit basis.