You can’t beet it: beetroot juice as a nutritional ergogenic aid for sport and exercise performance

Professor Andy Jones and team have generated a substantial evidence base over the past 12 years for beneficial effects of nitrate-rich dietary supplements on sport and exercise performance as well as cardiovascular and metabolic function.

Nitrate is particularly prevalent in beetroot juice. The team’s first study in 2009 found that beetroot juice had a positive effect on exercise performance with 0.5 litres of beetroot juice per day for three days resulting in a 16% increase in time-to-exhaustion during high-intensity exercise.

In 2013, the researchers also found that two concentrated 70ml ‘shots’ of juice was the optimum amount to enhance performance, with the peak coming at 2-3 hours.

Since 2014, the research team have furthered the evidence that nitrate-rich diets can also aid sprinting performance and decision-making during prolonged intermittent high-intensity exercise such as football or rugby.

This research has inspired a revolution within sports nutrition, with athletes at all levels and across many sports around the world now utilising dietary nitrate supplements to enhance their performance. One example was David Weir, winner of four gold medals at the 2012 Paralympic Games, who told Boris Johnson it was instrumental in his success.

Their findings have led to a significant rise in the use of nitrate supplements in international rugby union, premiership rugby union, association football, basketball, baseball, ice hockey and American football.

Nitrate was also recognised as one of four safe, legal and effective supplements (along with caffeine, creatine and bicarbonate) in an International Olympic Committee statement. This cited 12 articles published by Jones and colleagues as evidence for the benefits of nitrate supplementation for enhancing performance both in endurance exercise and in events requiring single or repeated high-intensity sprint efforts.

The research has contributed to more than 20 companies producing beetroot or nitrate-related supplements (juices or powders) for fitness and health and informed product development by Beet It, a company created by James White Drinks to cope with and capitalise on increased demand for beetroot juice. They now distribute to 35 countries worldwide. 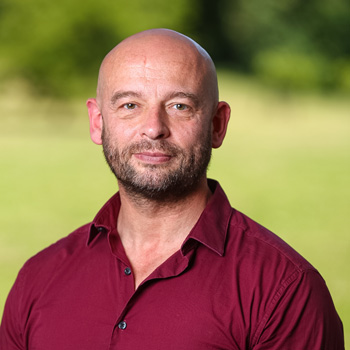 Assistant DVC for Innovation and Business/ Professor of Applied Physiology

Andrew Jones PhD is Professor of Applied Physiology in the Department of Sport and Health Sciences and Assistant DVC for Innovation and Business. Prof Jones is internationally recognized for his research in the following areas: 1) control of, and limitations to, skeletal muscle oxidative metabolism; 2) causes of exercise intolerance in health and disease; 3) respiratory physiology, particularly the kinetics of pulmonary gas exchange and ventilation during and following exercise; and 4) sports performance physiology and nutrition, particularly in relation to endurance athletics.