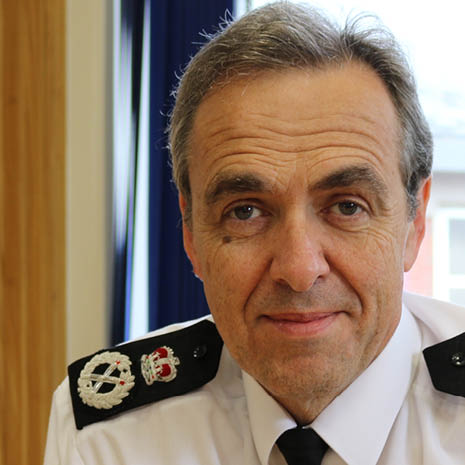 Shaun has served as Chief Constable of Devon and Cornwall Police since 2012.

He joined the Metropolitan Police Service in 1986; his formative years included policing public order events such as the poll tax riots and criminal justice disorders. Later, Shaun’s career focused more into areas of fighting Serious and Organised Crime, Counter-Terrorism and combatting Police Corruption. High profile events within which he played a significant role included the Ladbroke Grove Rail Disaster, Hatfield Train Crash, UK response to the Tsunami, and high profile homicides. He was the lead commander for combatting gang violence within London.

Since 2013 he has been the National Police Chief Lead for preventing Modern Slavery and Human Trafficking. This included working with Government, third parties and the Independent Anti Slavery Commissioner over the last decade. This crime type is one of the most abhorrent and knows no boundaries in exploiting humanity across the globe. Working with academia, particularly the University of Exeter, has provided the greatest insights, supported by victims and the third sector to identify the routes into slavery and consequently some of the most effective means to prevent it.

As Chief Constable Shaun says working for the communities of Devon, Cornwall and the Isles of Scilly, supported by incredible colleagues and tireless partners has been a true honour. He is also thankful for the support of his partner Catherine, his father Robert, and his children, Honey and William.